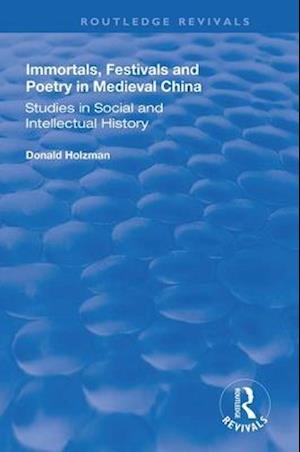 First published in 1998, the papers in this second volume by Donald Holzman are concerned with the themes of religion and poetry and song in early medieval China. Religion is to the fore in the first two sections, dealing with Daoist immortals and their cult, as reflected in poetic works of the first three centuries ad, with songs used in religious ceremonies, and with the origins and history of the cold food festival. The last group of articles includes a major study of the poems of Ji Kang (223-262) as well as other poetry of the 4th-5th centuries, and an analysis of the changing image of the merchant from the 4th to the 9th centuries.