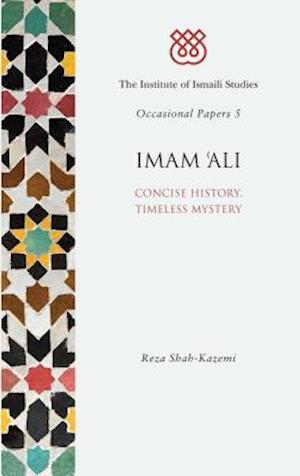 `Ali ibn Abi Talib is unparalleled in Islam. He was the Prophet Muhammad's cousin and son-in-law, the first Shi'i Imam and the fourth of the Rashidun Caliphs. Sunni and Shi'i Muslims alike hold `Ali in the highest regard owing to his status as a spiritual teacher and his strength as a warrior. According to the mystical tradition of Islam, `Ali is the embodiment of `the perfect human being' (al-insan al-kamil). Reza Shah-Kazemi here draws on the insights of the Sufi masters Ibn `Arabi and Rumi to look beyond the biographical details of `Ali's life to reflect on the spiritual significance of his actions and teachings. In the spirit of ta'wil or esoteric interpretation the author identifies how `Ali's inner spiritual principles can be regarded as transcending the boundaries of time, space, religion and culture. For Shah-Kazemi, it is this mystical interpretation of `Ali that invites a new, much deeper understanding of his personality and contemporary relevance, outside the confines of history. The book offers vivid examples of `Ali's conduct and persona - on the battlefield, from the pulpit of the mosque and in his private teachings to the mystics - exploring the ways in which his actions embodied his principles. An accessible and concise guide, this book will be relevant to all those with an interest in the life of `Ali, Islamic spirituality, religious practice and the philosophy of religion.