Imagine You Were There... Winning the Vote for Women

indgår i serie Imagine You Were There 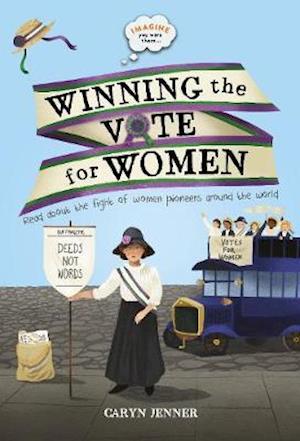 It's fifty years since the first human set foot on the surface of the Moon! Walking on the Moon celebrates this 50th anniversary of the Apollo 11 Moon landing by helping young space fans what it was like to actually be there.Blended with stunning photographs and captivating artwork, step-by-step details of events leading up to the mission are combined with eyewitness accounts and features on people who helped make the first Moon landing happen. A staggering 400,000 people, many of them working 'behind the scenes' at NASA, helped to achieve this historic milestone.This is the first book in the Imagine You Were There... series, which celebrates events that changed the world and the people who made them happen.

Forfatter
Bibliotekernes beskrivelse Imagine you were there campaigning for women's right to vote.