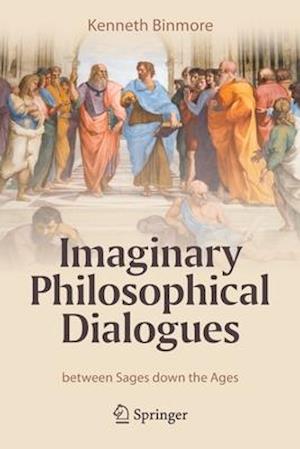 How would Plato have responded if his student Aristotle had ever challenged his idea that our senses perceive nothing more than the shadows cast upon a wall by a true world of perfect ideals? What would Charles Darwin have said to Karl Marx about his claim that dialectical materialism is a scientific theory of evolution? How would Jean-Paul Sartre have reacted to Simone de Beauvoir's claim that the Marquis de Sade was a philosopher worthy of serious attention?

This light-hearted book proposes answers to such questions by imagining dialogues between thirty-three pairs of philosophical sages who were alive at the same time. Sometime famous sages get a much rougher handling than usual, as when Adam Smith beards Immanuel Kant in his Konigsberg den. Sometimes neglected or maligned sages get a chance to say what they really believed, as when Epicurus explains that he wasn't epicurean. Sometimes the dialogues are about the origins of modern concepts, as when Blaise Pascal and Pierre de Fermat discuss their invention of probability, or when John Nash and John von Neumann discuss the creation of game theory. Even in these scientific cases, the intention is that the protagonists come across as fallible human beings like the rest of us, rather than the intellectual paragons of philosophical textbooks.