Images of Italian Mathematics in France

indgår i serie Trends in the History of Science 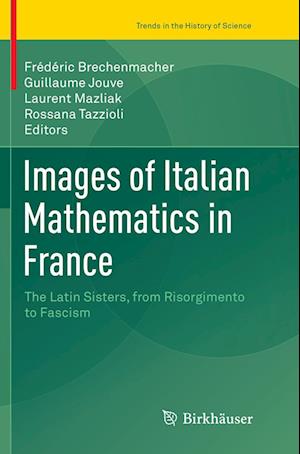 The contributions in this proceedings volume offer a new perspective on the mathematical ties between France and Italy, and reveal how mathematical developments in these two countries affected one another. The focus is above all on the Peninsula's influence on French mathematicians, counterbalancing the historically predominant perception that French mathematics was a model for Italian mathematicians. In the process, the book details a subtle network of relations between the two countries, where mathematical exchanges fit into the changing and evolving framework of Italian political and academic structures. It reconsiders the issue of nationalities in all of its complexity, an aspect often neglected in research on the history of mathematics.The works in this volume are selected contributions from a conference held in Lille and Lens (France) in November 2013 on Images of Italian Mathematics in France from Risorgimento to Fascism. The authors include respected historians of mathematics, philosophers of science, historians, and specialists for Italy and intellectual relations, ensuring the book will be of great interest to their peers.