Images of Blood in American Cinema

- The Tingler to The Wild Bunch 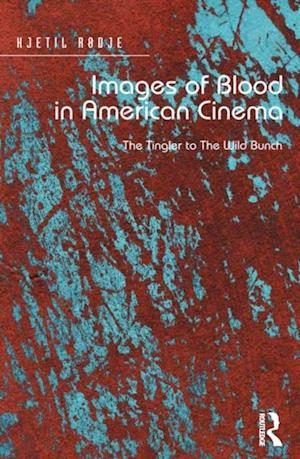 Through studying images of blood in film from the mid-1950s to the end of the 1960s, this path-breaking book explores how blood as an (audio)visual cinematic element went from predominately operating as a signifier, providing audiences with information about a film's plot and characters, to increasingly operating in terms of affect, potentially evoking visceral and embodied responses in viewers. Using films such as The Return of Dracula, The Tingler, Blood Feast, Two Thousand Maniacs, Color Me Blood Red, Bonnie and Clyde, and The Wild Bunch, Rodje takes a novel approach to film history by following one (audio)visual element through an exploration that traverses established standards for film production and reception. This study does not heed distinctions regarding to genres (horror, western, gangster) or models of film production (exploitation, independent, studio productions) but rather maps the operations of cinematic images across marginal as well as more traditionally esteemed cinematic territories. The result is a book that rethinks and reassembles cinematic practices as well as aesthetics, and as such invites new ways to investigate how cinematic images enter relations with other images as well as with audiences.