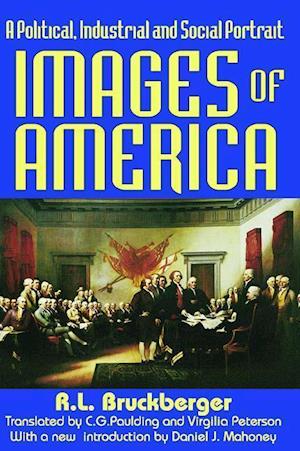 "Either America is the hope of the world, or it is nothing. Th ere are those who have begun to despair of the West. It is for them that I am writing." Bruckberger's book has been compared by many to Tocqueville's Democracy in America. In both works, Americans see themselves through the sympathetic, sometimes critical eyes of a Frenchman. Bruckberger, as chaplain general of the French Resistance during World War II, was a scholar who lived a life of action, and a priest who knew the life of the spirit. He begins with a celebration of the American past, but also off ers a clear warning for the future.The book was written after Bruckberger's eight years in the United States, during which he thought deeply about the country, and came to love and admire it. He sees what others have not, and his heroes are, in most instances, not the ones normally chosen. As seen from the perspective of the old Europe, the ideas and ideals that have shaped the history and character of America, take on a new meaning. The result is an image of America that is as enlightening as it is surprising.Bruckberger believes America brings to the Western heritage an essential spark, one vital for the angry and perilous post-World War II world, and one equally important today. That is America's regard for the individual, for the non-abstract, living human being. This theme, contrasted with what Bruckberger sees as the heresy of Europe--the subordination of human beings to abstraction- is developed with wit and insight.