I'll Go the Length of Meself 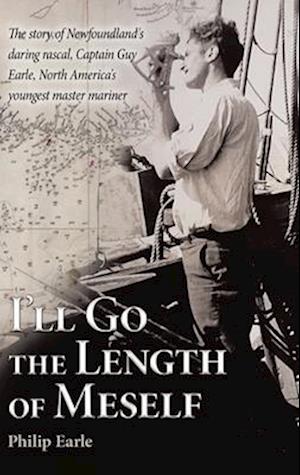 "Guy's life was a living adventure: he was a mariner and navigator of the first order, a character with the bravery of a Viking and the kindness of Robin Hood. Generous to a fault, he could never turn his back on someone in need, and would risk his life in a flash to save the life of another. He was like a godfather to the coastal people.

"Guy Earle commanded ships when he was a boy. He had the qualities admired by Newfoundlanders, and created maximum employment in the family business wherever he could. He was truly a Newfoundland hero."

"Guy had a mind of his own. He was a terrific leader and he played hard to win at anything he did. He was quick to size up a situation and quick to take action. He never, ever accepted the word 'can't'; if it was possible, it had to be done."

"Skipper Guy could take charge on anything. He had no fear and believed in himself. He could make friends with the Queen, as they say, if he wanted, and get anything he wanted."

"It must be a beautiful thing to know you saved someone's life. Guy Earle saved me. I've had a long life, a successful business, and raised a family because of him. He was a great man."

"Guy Earle was the exemplification of courage in everything he did. His trade was with people and his warmth spread as widely as his countless business negotiations. He gave his life to his vision of the fishery; it was his gift to his homeland, a gift few men can claim to better."

"Guy Earle was sent here by God to give to people."

"Captain Guy was a daring seafarer whose legendary adventures rivalled those of the heroes in such Hollywood films as Captain Blood, Down to The Sea in Ships, and Captains Courageous."

"There will never be another Guy Earle; there couldn't be."