If You Find This 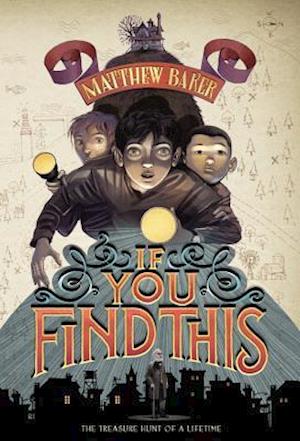 Mixing mystery and adventure in the tradition of Louis Sachar, Avi, and E.L. Konigsburg, If You Find This is the story of unlikely friendships, unexpected bravery and eleven-year-old Nicholas Funes's quest to prove his grandfather's treasure is real.

Nicholas is a math and music genius with no friends and a huge problem: His father has lost his job, and they'll have to sell their house, which holds the only memory Nicholas has of his younger brother. Just in time, Nicholas's senile grandfather arrives, filled with tales of priceless treasure he has hidden somewhere in town--but where?

With the help of misfit classmates, two grandfathers, a ghosthouse, hidden messages, s ances, and an uncanny mind for numbers, Nicholas stages a nursing home breakout, tangles with high schoolers in smugglers' tunnels, and gets swept up in a duel with the biggest bullies in the neighborhood. Will it be enough to find the treasure and save his house?