If We Were Villains 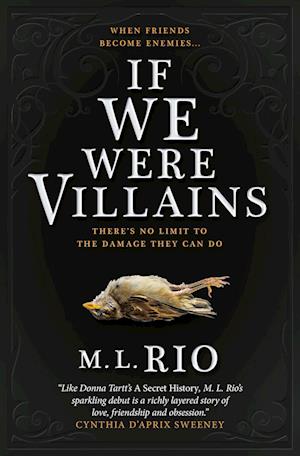 "If We Were Villains" by M. L. Rio is a vivid and dark story of two friends that become archenemies.

Oliver Marks served ten years for the murder on his best friend. But did he really do it? Soon after he leaves prison as a free man he meets detective Colborne who investigated the case. He will retire soon, but before he does that he wants to know the truth about the murder. The case leads back to Oliver’s youth when he was an aspiring actor studying Shakespeare in an elite arts conservatory. Oliver always felt as the secondary character in another person’s story. But when the roles turn upside down the drama becomes dead real. One of the seven friends is found dead, and the others must face their biggest acting challenge yet…

If you like dark academia and Donna Tartt's "The Secret History" then you will love the twisted mysteries in M. L. Rio’s "If We Were Villains"!