If These Walls Could Talk: Milwaukee Brewers 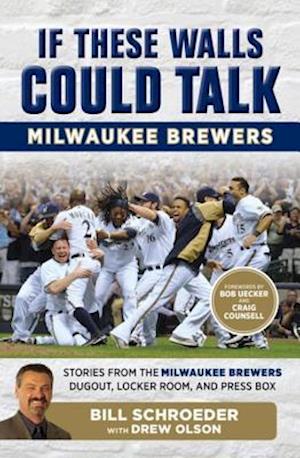 Chronicling the Brewers from the Suds Series of 1982 to the 2011 National League Central title and from Bambi's Bombers of the late '70s to Harvey's Wallbangers of the early '80s, Bill Schroeder, a longtime Brewers color commentator and former Brewers catcher, provides insight into the Brewers inner sanctum as only he can. Read about what goes on in the equipment and training rooms, how batting practice can be chaotic, what it's like to travel with the team, and off-the-wall anecdotes like the time Steve Sparks injured his shoulder trying to rip a phone book in half after listening to a motivational speaker.