If These Walls Could Talk: Detroit Tigers 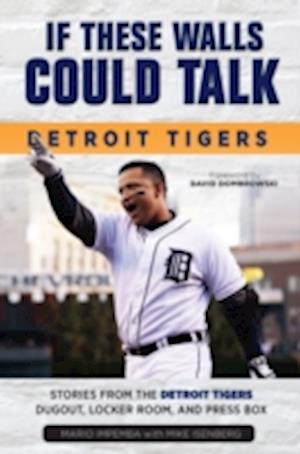 Providing a behind-the-scenes look at the personalities and events that have shaped the Detroit Tigers' recent resurgence, readers will meet the players, coaches, and management and share in their moments of greatness, grief, and quirkiness. Beginning in 2002, when author Mario Impemba arrived in the Tigers' broadcast booth and when the team had consecutive 100-loss seasons, the book details how, in just three shorts years, team president Dave Dombrowski and manager Jim Leyland led the Tigers to the American League pennant--a feat the Tigers repeated in 2012. Impemba takes readers into the Comerica Park broadcast booth alongside the legendary Ernie Harwell, onto the team plane during the team's two runs to the World Series, and into the clubhouse as Miguel Cabrera closed in on the 2012 Triple Crown. He shares personal stories about several Tigers stars, including Cabrera, Justin Verlander, Prince Fielder, Curtis Granderson, Ivan Rodriguez, Kenny Rogers, Magglio Ordonez, and more. If These Walls Could Talk: Detroit Tigers gives fans a taste of what it's like to be a part of the Tigers storied history from a perspective unlike any other.