If the Allies Had Fallen 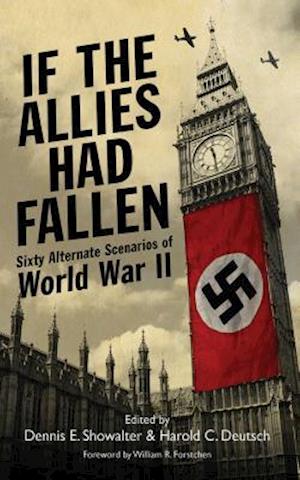 What if Stalin had signed with the West in 1939? What if the Allies had been defeated on D-Day? What if Hitler had won the war? From the Munich crisis and the dropping of the first atom bomb to Hitler's declaration of war on the United States and the D-Day landings, historians suggest "what might have been" if key events in World War II had gone differently. Written by an exceptional team of historians as if these world-changing events had really happened. If The Allies Had Fallen is a spirited and terrifying alternate history, and a telling insight into the dramatic possibilities of World War II. Contributors include: Thomas M. Barker, Harold C. Deutsch, Walter S. Dunn, Robert M. Love, D. Clayton James, Bernard C. Nalty, Richard J. Overy, Paul Schratz, Dennis E. Showalter, Gerhard L. Weinberg, Anne Wells, and Herman S. Wolk.