- An Alternative History of the Beautiful Game 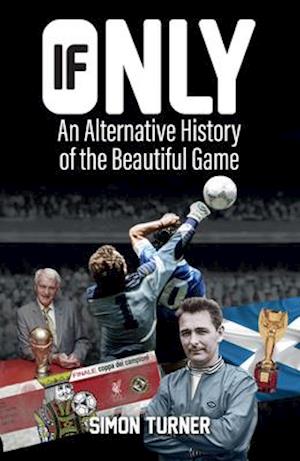 If Only: An Alternative History of the Beautiful Game is a fiercely original counterfactual history of football. It is often tempting to believe in the grand sweep of history; to conclude that the triumphs of football's greatest teams were simply inevitable. The truth, however, is that history can turn on what appear, at first glance, to be infinitesimally small events. Behind all those triumphs lie the countless disappointments of teams that were denied glory by a cruel bounce, the width of a crossbar or a dubious refereeing decision. Challenging the perception that the outcome of great clashes could never have been any different to what they were, If Only reflects on what our football history could have been, what it might have been and, in some cases, what it probably should have been. Boldly turning football history on its head, If Only imagines a world in which Scotland win the first-ever World Cup, Derby County are champions of Europe and 1966 isn't the only year that England win anything.

Forfattere
Bibliotekernes beskrivelse Imagine a world in which Scotland win the World Cup, Derby County are champions of Europe and 1966 isn't the only year that England win anything. This isn't some far-fetched dream but a reality that could have been, had events turned out a little differently. If Only takes you to this world and celebrates the teams that almost became immortal.