If I Knew You Were Going to be This Beautiful, I Never Would Have Let You Go 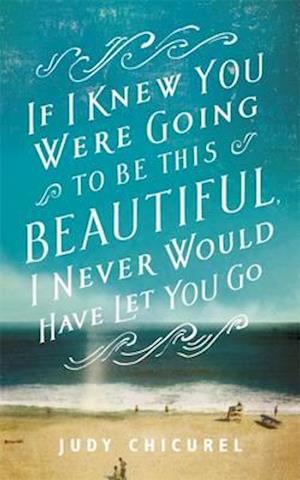 Judy Chicurel's exquisitely written debut evokes the atmosphere of a 1970s summer in a close-knit working class community on Long Island. Katie and her young friends face a changing world, with prospects very different from those presented to their parents. The Vietnam War seems pointless to many but has devastated lives that remain broken even after the fighting is over. As, with bittersweet humour, the characters' experiences unfold, daily events mirror bigger issues: an illegal abortion is plotted; the town is sinking into an economic abyss forcing Katie's friends to leave in search of more promising horizons; drugs claim the lives of those often too high to recognise the danger until it is too late; and Katie dreams of a boy back from Nam who's still fighting a battle she doesn't understand. IF I KNEW YOU WERE GOING TO BE THIS BEAUTIFUL, I NEVER WOULD HAVE LET YOU GO touchingly conveys the magic of everyday living during a darkened time.

Forfattere
Bibliotekernes beskrivelse An outstanding debut on Tinder Press for readers of Jennifer Egan and Anne Tyler, set in a working class Long Island community in the early 1970s.