If Ever You Go: A Map of Dublin in Poetry and Song

- A Map of Dublin in Poetry & Song 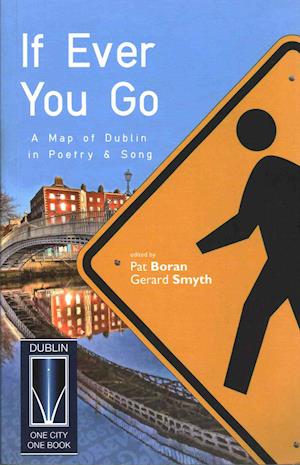 If Ever You Go: A Map of Dublin in Poetry and Song is a unique invitation to explore, street by street, one of the world's most famous literary capitals through the poems and songs it has inspired down the ages, from both residents and visitors alike. A virtual tour of the city and its environs, If Ever You Go takes the reader on a journey through streets broad and narrow, featuring verse both familiar and new, historical and contemporary, by writers whose work adds up to a intimate and revealing portrait of a place and its people. Contributors include poets already synonymous with the city - Swift, Yeats, Joyce, Beckett, Clarke and Kavanagh, among them - as well as a host of others, Kinsella, Heaney, Boland, Bolger and Meehan among them, who have made some part of it their own. Street singers and balladeers rub shoulders with haiku and performance poets in a book that sets its heart on the very streets we live, work and play on. Groundbreaking in its reach, celebratory in its outlook, If Ever You Go is a record of the epiphanies and disappointments, the morning visions and the late-night wanderings that between them make up the map of a city where poetry truly matters.