Ideology and Form in Eighteenth-Century Literature 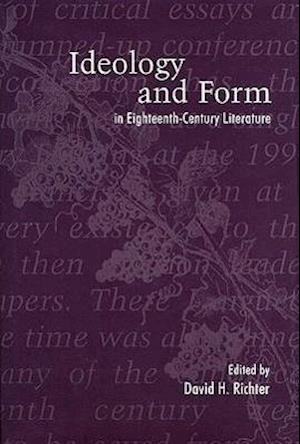 As millennium approaches, interpreters of eighteenth-century literature have turned to various versions of cultural poetics, which view texts through lenses of class, race, gender and sexual orientation. Meanwhile literature itself has fallen from its lofty pinnacle within the ordering of the arts, and become merely one discursive practice among many. What has been gained and what lost as literary criticism becomes a branch of cultural history?A dozen renowned scholars discuss each other s work and attempt to come to terms with the central theoretical issues about which the discipline disagrees. Focusing primarily on Henry Fielding, the essays employ and defend positions within feminism, Marxism, Bourdelian analysis, queer theory, and cultural studies, along with a more theoretically savvy version of formalist criticism. In gathering together a dozen extraordinary essays from all regions of the ideological spectrum, this collection aspires to represent for the current decade what the Laura Brown/Felicity Nussbaum anthology The New Eighteenth-Century was for the last decade: a sampler and emblem of where the intellectual currents of our time have taken our profession."