Identity Politics in the Age of Genocide 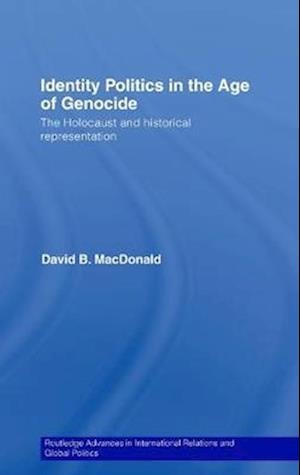 In an era of globalization and identity politics, this book explores how Holocaust imagery and vocabulary have been appropriated and applied to other genocides. The author examines how the Holocaust has impacted on other ethnic and social groups, asking whether the Holocaust as a symbol is a useful or destructive means of reading non-Jewish history. This volume:explains the rise of the Holocaust as a gradual process, charting how its importance as a symbol has evolved, providing a theoretical framework to understand how and why non-Jewish groups choose to invoke 'holocausts' to apply to other eventsexplores the Holocaust in relation to colonialism and indigenous genocide, with case studies on America, Australia and New Zealandanalyzes the Holocaust in relation to war and genocide, with case studies on the Armenian genocide, the Rape of Nanking, Serbia and the Rwandan genocideexamines how the Holocaust has been used to promote animal rights.Demonstrating both the opportunities and pitfalls the Holocaust provides to non-Jewish groups who seek to represent their collective histories, this book fills a much needed gap on the use of the Holocaust in contemporary identity politics and will be of interest to students and researchers of politics, the Holocaust and genocide.