- A Historical, Philosophical, and Formal Analysis 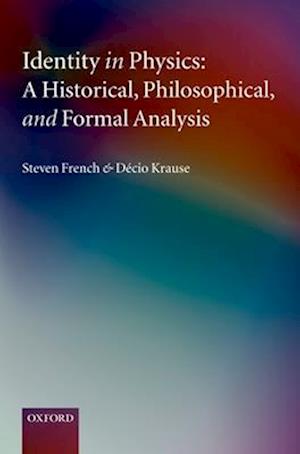 Can quantum particles be regarded as individuals, just like books, tables and people? According to the 'received' view - articulated by several physicists in the immediate aftermath of the quantum revolution - quantum physics itself tells us they cannot: quantum particles, unlike their classical counterparts, must be regarded as 'non-individuals' in some sense. However, recent work has indicated that this is not the whole story and that the theory is also consistentwith the position that such particles can be taken to be individuals, albeit at a metaphysical price. Drawing on philosophical accounts of identity and individuality, as well as the histories of both classical and quantum physics, the authors explore these two alternative metaphysical packages. In particular, they argue that if quantum particles are regarded as individuals, then Leibniz's famous Principle of the Identity of Indiscernibles is in fact violated. Recent discussions of this conclusion are analysed in detail and, again, the costs involved in saving the Principle are carefullyconsidered. Taking the alternative package, the authors deploy recent work in non-standard logic and set theory to indicate how we can make sense of the idea that objects can be non-individuals. The concluding chapter suggests how these results might then be extended to quantum field theory. Identity in Physics brings together a range of work in this area and further develops the authors' own contributions to the debate. Uniquely, as the title indicates, it situates this work in the appropriate formal, historical, and philosophical contexts.

Forfattere
Bibliotekernes beskrivelse Drawing on philosophical accounts of identity and individuality, as well as the histories of both classical and quantum physics, this book explores the two alternative metaphysical packages. It indicates how we can make sense of the idea that objects can be non-individuals, suggesting how the results might be extended to quantum field theory.