Identity and Ideology in Haiti 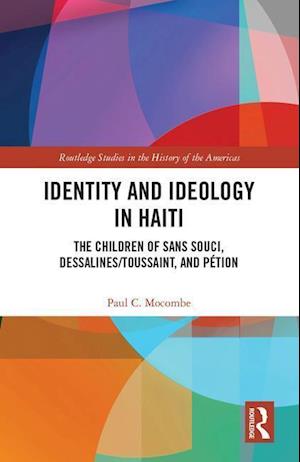 Using a structurationist, phenomenological structuralism understanding of practical consciousness constitution as derived from what the author calls Haitian epistemology, Haitian/Vilokan Idealism, this book explores the nature and origins of the contemporary Haitian oppositional protest cry, "the children of Petion v. the children of Dessalines." Although traditionally viewed within racial terms - the mulatto elites v. the African (black) poor majority - Mocombe suggests that the metaphor, contemporarily, as utilized by the educated black grandon class (middle-class bourgeois blacks) has come to represent Marxist categories for racial-class (nationalistic) struggles on the island of Haiti within the capitalist world-system under American hegemony. The ideological position of Petion represents the neoliberal views of the mulatto/Arab elites and petit-bourgeois blacks; and nationalism, economic reform, and social justice represent the ideological and nationalistic positions of Dessalines as articulated by the grandon, actual children of Toussaint Louverture, seeking to speak for the African majority (the children of Sans Souci, the Congolese-born general of the Haitian Revolution) whose practical consciousness, the Vodou Ethic and the spirit of communism, differ from both the children of Dessalines and Petion. In the final analysis, the moniker is a truncated understanding of Haitian identity constitution, ideologies, and their oppositions.