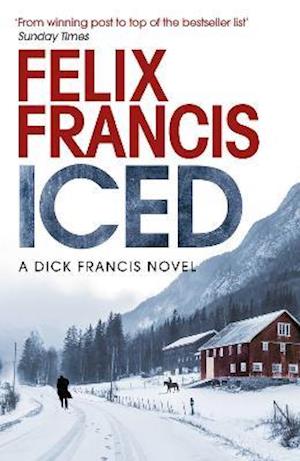 THRILLERS THAT RACE FROM THE VERY FIRST PAGE . . . 'Felix Francis' novels gallop along splendidly' Jilly Cooper 'From winning post to top of the bestseller lists' Sunday Times Miles Pussett is a former steeplechase jockey. Now he gets his adrenaline rush from riding down the Cresta Run, a three-quarter-mile Swiss ice chute, head first, reaching speeds of up to eighty miles per hour. Finding himself in St Moritz during the same weekend as White Turf, when high-class horseracing takes place on the frozen lake, he gets talked into helping out with the horses. It is against his better judgement. Seven years before, Miles left horseracing behind and swore he would never return. When he discovers something suspicious is going on in the races, something that may have a profound impact on his future life, Miles begins a search for answers. But someone is adamant to stop him - and they'll go to any lengths to do it . . . Praise for Felix Francis's novels 'As usual with a Francis, once I opened the book, I didn't want to put it down... Felix's resolution is darker and more shocking than his father would ever have contemplated, but reflects grittier times and changing tastes in fiction' Country Life 'He has become his own man as a purveyor of murder mysteries' The Racing Post 'The Francis flair is clear for all to see' Daily Mail 'From winning post to top of the bestseller list, time after time' Sunday Times 'The master of suspense and intrigue' Country Life 'A tremendous read' Woman's Own

Forfattere
Bibliotekernes beskrivelse A thriller that races from the very first page, Iced is about one man's search for the truth, how far he will go to find it - and the people desperate to stop him . . .