Ice in the Climate System 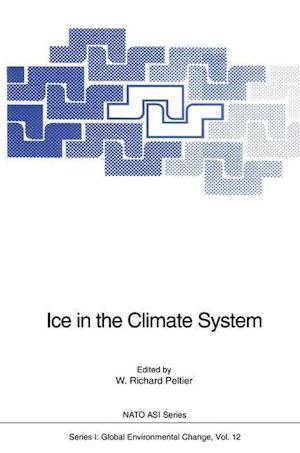 According to my latest model for the last glacial maximum (LGM) (Grosswald 1988), the Arctic continental margin of Eurasia was glaciated by the Eurasian ice sheet, which consisted of three interconnected ice domes --the Scandinavian, Kara, and East Siberian. The Kara Sea glacier was largely a marine ice dome grounded on the sea's continental shelf. The ice dome discharged its ice in all directions, northward into the deep Arctic Basin, southward and westward onto the mainland of west-central North Siberia, the northern Russian Plain, and over the Barents shelf into the Norwegian-Greenland Sea On the Barents shelf, the Kara ice dome merged with the Scandinavian ice dome. In the Arctic Basin the discharged ice floated and eventually coalesced with the floating glacier ice of the North-American provenance giving rise to the Central-Arctic ice shelf. Along its southern margin, the Kara ice dome impounded the northward flowing rivers, causing the formation of large proglaciallakes and their integration into a transcontinental meltwater drainage system. Despite the constant increase in corroborating evidence, the concept of a Kara ice dome is still considered debatable, and the ice dome itself problematic. As a result, a paleogeographic uncertainty takes place, which is aggravated by the fact that a great deal of existing knowledge, no matter how broadly accepted, is based on ambiguous interpretations of the data, most of which are published in Russian and, therefore, not easily available to western scientists.