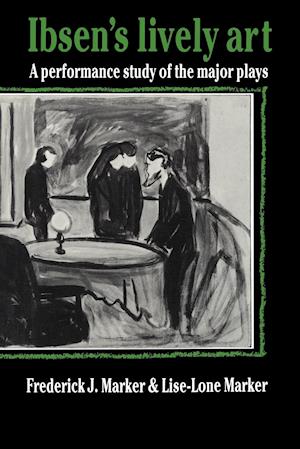 A play is fundamentally a text for performance, capable of achieving complete expression only in the living encounter between actor and spectator, the Markers argue in their new study of Henrik Ibsen in the theatre. The challenge of his plays has stimulated a remarkable range of creative responses on the part of actors, directors, and stage designers. All agree that a deeper meaning underlies the 'reality' Ibsen represents, yet the precise manner of its expression is the lively variant that gives his greatest plays their abiding fascination in performance. Ibsen's Lively Art explores key stage productions and clusters of productions in detail, in an effort to shed new light on the central problems of interpretation governing each of six major Ibsen plays, from a romantic work like Peer Gynt to a late 'symbolic' one like John Gabriel Borkman. Guided by primary sources and often supported by their own firsthand observation, the authors push beyond the more familiar confines of English Ibsen into the less commonly traversed territory of German, Russian, French, and, in particular, Scandinavian theatre culture.