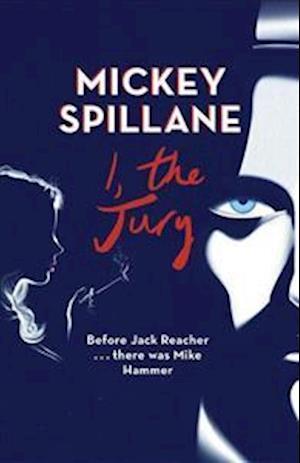 Before Jack Reacher . . . there was Mike Hammer'The king of hard-boiled crime fiction' USA TODAYClassic pulp crime fiction from an author who has sold over 200 million copies worldwide.When Jack Williams is discovered shot dead, the investigating cop Pat Chambers calls his acquaintance, and Jack's closest friend, PI Mike Hammer. Back when they fought in the Marines together, Jack took a Japanese bayonet, losing his arm, to save Hammer. Hammer vows to identify the killer ahead of the police, and to exact fatal revenge. His starting point is the list of guests at a party at Jack's apartment the night he died: Jack's fiancee, a recovering dope addict, a beautiful psychiatrist, twin socialite sisters, a college student and a mobster. But as he tracks them down, so too does the killer, and soon it's not only Jack who is dead . . . And now Hammer is firmly in the killer's sights.

Forfattere
Bibliotekernes beskrivelse Classic pulp crime fiction from an author who has sold over 200 million copies worldwide.'[Spillane] was a quintessential Cold War writer, an unconditional believer in good and evil' Washington Times