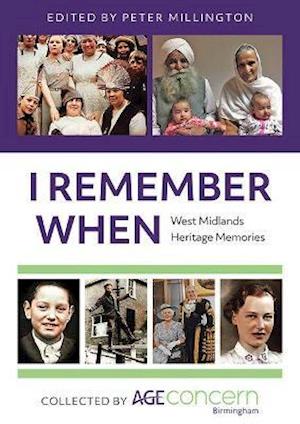 The year 2020 will be remembered as the year in which a deadly viral pandemic known as Covid-19 cast its dark shadow over the world. The impact of this invisible threat affected the daily lives of every country, class, culture and community. Schools and colleges were closed for long periods, shops and stores experienced queues not seen since times of war, many social amenities and places of worship were closed completely. Footballers and other sports stars played in front of empty stadiums, streets and roads were eerily empty, theatres, restaurants and workplaces were bolted up and strange words such as furlough, face-covering, Skype and Zoom suddenly entered everybody's vocabulary. One of the groups affected most profoundly by the 2020 pandemic were older people, mainly because they were identified as being the most vulnerable to the medical and physical symptoms of this fearful disease. Older people found themselves suddenly shielded in their places of residence, distanced from neighbours, relatives, friends and carers in order to keep them safe from the virus, yet in many cases left feeling isolated and lonely in their own homes. Our organisation, Age Concern Birmingham, continued to deliver support to older people in our area throughout the pandemic and with the support of The National Lottery Heritage Fund we also continued to run the memory based heritage project we had only just launched, collecting stories and memories from the older generation for this book of nostalgia. One irony of the project has been hearing memories of the generation who collectively lived through historic conditions which not only compared with the present situation, but were arguably far worse. The stories in this book are often of struggle, hardship, poverty and the terrors of war. But the common themes of humour, pride, determination and a strong sense of family and community shine through. We hope you will find reading the book a refreshing tonic for the current challenges and those still ahead. Keep safe and healthy everyone!