I Let You Go 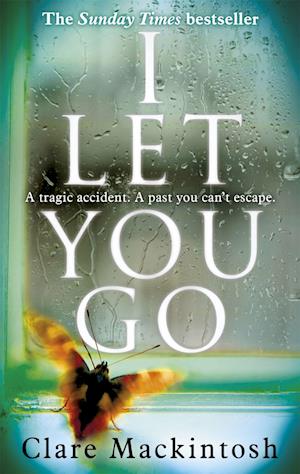 Forfatter
Forlagets beskrivelse Don't miss the nail-biting new thriller from Clare Mackintosh - Hostage is out now.________________Lose yourself in the sensational debut I Let You Go - the Sunday Times bestseller, number one ebook phenomenon and Richard & Judy Book Club pick.A tragic accident. It all happened so quickly. She couldn't have prevented it. Could she?In a split second, Jenna Gray's world descends into a nightmare. Her only hope of moving on is to walk away from everything she knows to start afresh. Desperate to escape, Jenna moves to a remote cottage on the Welsh coast, but she is haunted by her fears, her grief and her memories of a cruel November night that changed her life forever.Slowly, Jenna begins to glimpse the potential for happiness in her future. But her past is about to catch up with her, and the consequences will be devastating . . .'Compelling, with a killer twist' Paula Hawkins'A masterclass in plotting . . . I could not put it down' Jojo Moyes'Astonishingly good' Lee Child'Chilling . . . I was hooked' Rachel Abbott'Extraordinarily atmospheric' Alex Marwood
Bibliotekernes beskrivelse Perfect for readers of Gone Girl and The Girl on the Train and fans of TV dramas like The Missing, lose yourself in I Let You Go, the tense, twisty, emotionally compelling psychological thriller that everyone is talking about.PRIZES:Winner of Richard & Judy Book Club 2015 (UK)Short-listed for Waverton Good Read Award 2016 (UK)Short-listed for British Book Industry Awards Debut Fiction Book of the Year 2016 (UK)Short-listed for Audible Sounds of Crime Award at Crimefest 2016 (UK)Long-listed for Theakstons Old Peculier Crime Novel of the Year 2016 (UK)