I Laughed, I Cried

- One Woman, One Hundred Days, The Mother of all Challenges 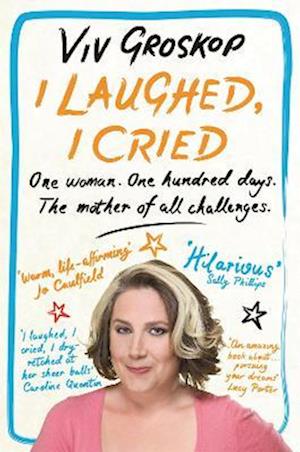 'The working mum's version of Eddie Izzard's 50 marathons in 50 days. Hilarious.' Sally PhillipsWhen is it too late to become the person you were meant to be? Viv Groskop is fed up, recession-scarred and pushing 40. She always wanted to be a stand-up comedian. But surely that's not advisable if you have three children, a mortgage and a husband who hates stand-up comedy? With no time to waste, she attempts the mother of all comedy marathons - 100 gigs in 100 nights. She laughs. Sometimes at her own jokes. Occasionally the audience laughs too. Often they don't. And she cries. Tears of joy, of misery and of profound self-loathing. This is an alarmingly specific and reckless experiment with a reassuringly universal and inspiring message. You CAN do what you want to do even if it's completely terrifying. You CAN try something new without giving up the day job. And you CAN go after what you really want in life without destroying everything around you. Well, not absolutely everything.