I Did It My Ways: An Autobiography with Controversies 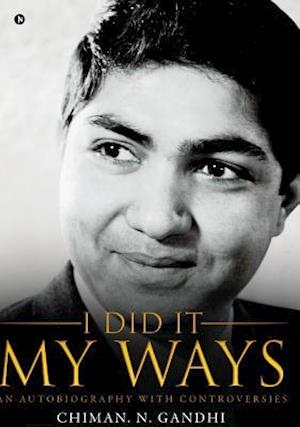 2017 marks Chimanlal Nagindas Gandhi’s 80th birth year, and coincides with the 150th birthday of the nation of Canada where he currently lives.  To commemorate both occasions, Gandhi has written ‘ I Did It My Ways',*  by Chiman Gandhi a book that explores the journey of a young man leaving India for the west.

Gandhi previously authored a book called Healigion addressing the good influences of world religions but condemning the blind faith that results in violent conflict and most wars. This new book is a biography, where the reader sees glimpses of Gandhi’s philosophies about treating people, raising children and particularly in his analysis of religious impact.  Gandhi shares many of his views about the Hindu religion and measures religious doctrine against faith. He addresses the hierarchy of the Hindu Caste System with questions like:

•Why was India easily conquered first by the Muslims and then by Europeans?

•Does the theory of Karma (and other religious rituals prevalent in Hindu customs) result in an unjust society?

•Has the price of Ahimsa been a Hindu society that is cowardly?

•Will Hinduism become a minority faith in India based on current assymetric demographic trends?  This question uses the scholarly investigation charted by Dr. J.K. Bajaj

Gandhi’s inquiry of these important topics results in the reader questioning religious ritual and a hope that it ends in a clearer understanding of one’s own religious beliefs.