I Can Only Tell You What My Eyes See: Photographs from the Refugee Crisis 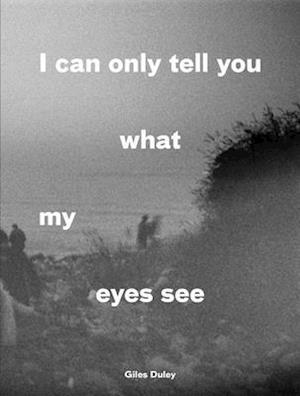 A Scotsman Best Photography Book of 2017Texts by Filippo Grandi, UN High Comissioner for Refugees, UNHCR, and Robert Del Naja, Massive Attack In October 2015, Giles Duley was commissioned by the UNHCR to document the refugee crisis. Over the next seven months, he was to criss-cross Europe and the Middle East attempting to put a human face to one of the biggest humanitarian emergencies of our time. Duley visited fourteen countries to tell the stories of individuals and families forced to flee their homes. He chronicled the turmoil of Lebanon, the camps of Jordan and Iraq, hellish scenes on the beaches of Lesvos and the refugees arrival in Germany. Bringing together over 150 original photographs, this book captures how even in the midst of such horror and tragedy there is humour, the unexpected and, above all, humanity.

Forfattere
Bibliotekernes beskrivelse In October 2015, photographer Giles Duley was commissioned by the UNHCR to document the refugee crisis.