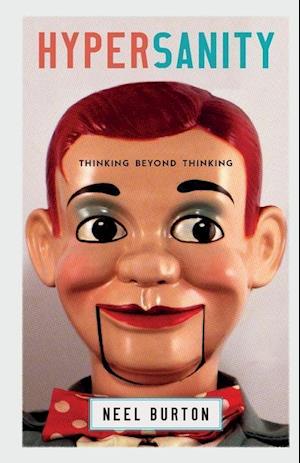 RD Laingpresented madness as a voyage of discovery that could open out onto a freestate of higher consciousness, or hypersanity. But if there is such a thing ashypersanity, then mere sanity is not all it's cracked up to be, a state ofdormancy and dullness with less vital potential even than madness. We could allgo mad, in a way we already are, minus the promise. But what if there wasanother route to hypersanity, one which, compared to madness, was lessfearsome, less dangerous, and less damaging? What if, as well as a backdoorway, there was also a royal road strewn with petals and sprayed with perfume?This is a book about thinking, which, astonishingly, is barely taught in formaleducation. Our culture mostly equates thinking with logical reasoning, and thefirst few chapters examine logic, reason, their forms, and their flaws,starting with the basics of argumentation. But thinking is also about much morethan logical reasoning, and so the book broadens out to examine concepts suchas intelligence, knowledge, and truth, and alternative forms of cognition thatour culture tends to overlook and underplay, including intuition, emotion, andimagination.If Hypersanity fails to live up to its tall promise, it should at least makeyou into a better thinker. And so you can approach the book as an opportunityto hone your thinking skills, which, in the end, are going to be far moreimportant to your impact and wellbeing than any facts that you could everlearn. As BF Skinner once put it, 'Education is what survives when what hasbeen learnt has been forgotten.'

Forfattere
Bibliotekernes beskrivelse This is a book about thinking. Our culture mostly equates thinking with logical reasoning; but it is about much more than this, and so the book also examines concepts such as intelligence, knowledge, and truth, and alternative forms of cognition that our culture tends to overlook and underplay, including intuition, emotion, and imagination.