Hypermasculinities in the Contemporary Novel 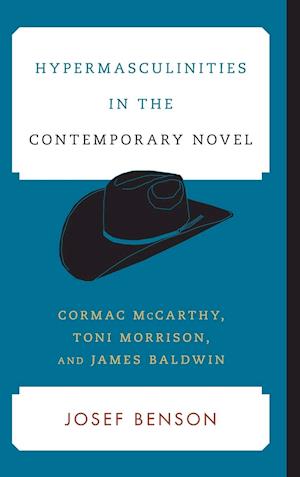 Issues of race, gender, women's rights, masculinity, and sexuality continue to be debated on the national scene. These subjects have also been in the forefront of American literature, particularly in the last fifty years. One significant trend in contemporary fiction has been the failure of the heroic masculine protagonist.In Hypermasculinities in the Contemporary Novel: Cormac McCarthy, Toni Morrison, and James Baldwin, Josef Benson examines key literary works of the twentieth century, notably Blood Meridian (1985), All the Pretty Horses (1992), Song of Solomon (1977), and Another Country (1960). Benson argues that exaggerated masculinities originated on the American frontier and have transformed into a definition of ideal masculinity embraced by many southern rural American men. Defined by violence, racism, sexism, and homophobia, these men concocted or perpetuated myths about African Americans to justify their mistreatment and mass murder of black men after Reconstruction. As Benson illustrates, the protagonists in these texts fail to perpetuate hypermasculinities, and as a result a sense of ironic heroism emerges from the narratives.Offering a unique and bold argument that connects the masculinities of cowboys and frontier figures with black males, Hypermasculinities in the Contemporary Novel suggests alternative possibilities for American men going forward. Scholars and students of American literature and culture, African American literature and culture, and queer and gender theory will find this book illuminating and persuasive.