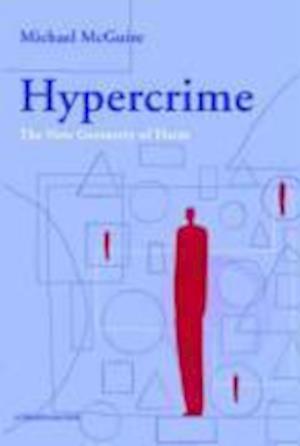 Hypercrime develops a new theoretical approach toward current reformulations in criminal behaviours, in particular the phenomenon of cybercrime. Emphasizing a spatialized conception of deviance, one that clarifies the continuities between crime in the traditional, physical context and developing spaces of interaction such as a 'cyberspace', this book analyzes criminal behaviours in terms of the destructions, degradations or incursions to a hierarchy of regions that define our social world. Each chapter outlines violations to the boundaries of each of these spaces - from those defined by our bodies or our property, to the more subtle borders of the local and global spaces we inhabit. By treating cybercrime as but one instance of various possible criminal virtualities, the book develops a general theoretical framework, as equally applicable to the, as yet unrealized, technologies of criminal behaviour of the next century, as it is to those which relate to contemporary computer networks. Cybercrime is thereby conceptualized as one of a variety of geometries of harm, merely the latest of many that have extended opportunities for illicit gain in the physical world. Hypercrime offers a radical critique of the narrow conceptions of cybercrime offered by current justice systems and challenges the governing presumptions about the nature of the threat posed by it.Runner-up for the British Society of Criminology Book Prize (2008).