Hydrogen as an Energy Carrier 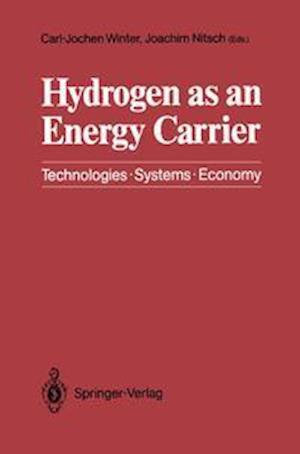 The technologies of hydrogen's energetic utilization have been known for a long time. But aspects of system analysis, energy economics, and ecology that would come into play in introducing it into energy systems nave received much less attention. For those reasons, this book attempts to show the development path of a hydrogen economy, based on assured technological knowledge. One special concern has been to demonstrate, on one hand, how these developments would fit into existing energy supply structures, and, on the other, how they would contribute to further development of the energy system as a whole. With that goal in mind it is necessary to contrast the obvious advantages of hydrogen with the large efforts that would be required for its introduction. This total-systems approach led to a three-part organization of the book that also aids the reader in quickly identifying those parts that are of special interest to him. Section A essentially explains why it is necessary today to think about a new synthetic energy carrier. It also describes the irreplacable and growing role of hydrogen as a chemical raw material, and it explains technologies that al ready exist for its energetic use or that need further development. An attempt has also been made to prove that hydrogen's safety characteristics indeed per mit its handling and use as an energy carrier. Hopefully, all this will show that hydrogen, together with electricity, could be the universally employable energy carrier of a future non-fossil energy supply system.