Hydrodynamic Propulsion and Its Optimization

indgår i serie FLUID MECHANICS AND ITS APPLICATIONS 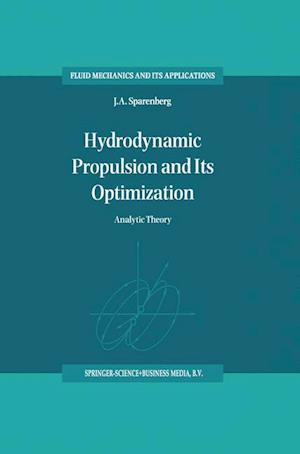 HYDRODYNAMIC PROPULSION AND ITS OPTIMIZATION ANALYTIC THEORY Hydrodynamic propulsion has been of major interest ever since craft took to the water. In the course of time, many attempts have been made to invent, develop, or to improve hydrodynamic propulsion devices. Remarkable achievements in this field were made essentially by experienced individuals, who were in need of reliable propulsion units such as paddle wheels, sculling devices, screw propellers, and of course, sails. The problem of minimizing the amount of input energy for a prescribed effective output was first investigated seriously at the beginning of this century. In 1919, BETZ presented a paper on air-screw propellers with minimum consumption of energy which could be applied to ship-screw propellers also. Next, attempts were made to optimize hydrodynamic propulsion units. Ensuing investigations concerned the optimization of the hydrodynamic system: ship-propeller. The first simple theory of ship propulsion which was presented considered more or less only thrust augmentation, wake processing and modification of propeller characteristics when operating behind the ships hull. This theory has been little improved meanwhile and is still useful, particularly with regard to practical ship design and for evaluating results of ship model tests. However, this theory is not adequate for optimization procedures necessary for high-technology propulsion, particularly for ship propellers utilizing propulsion improving devices such as tip end plates or tip fins at the propeller blades, spoilers in front of the propeller, asymmetrical stern etc.

Forfattere
Bibliotekernes beskrivelse HYDRODYNAMIC PROPULSION AND ITS OPTIMIZATION ANALYTIC THEORY Hydrodynamic propulsion has been of major interest ever since craft took to the water. 1 Hardback XVI, 376 p.