Hurricane Agnes in the Wyoming Valley 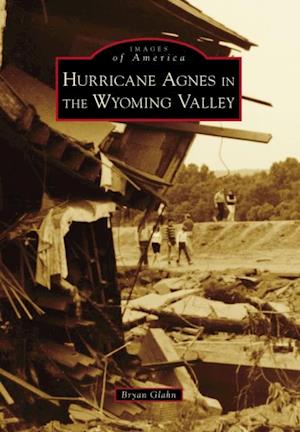 Although history records the hurricane that struck northeastern Pennsylvania in June 1972 as 'Agnes,' residents of the Wyoming Valley affected by the storm and the resulting damage simply refer to it as 'the flood.' As the Susquehanna River rose to over 40 feet and left her banks, citizens could do nothing but watch as their lives were forever changed. A raging torrent unearthed dozens of previously resting bodies in the Forty Fort Cemetery, houses were knocked off their foundations or swept away entirely, and citizens took to their boats to rescue those who did not heed the warnings of the sirens that wailed when the waters began to surge through the city streets. And yet, amidst the drama, a wedding--scheduled long before the storm--proceeded, though not quite as envisioned by the bride and groom.