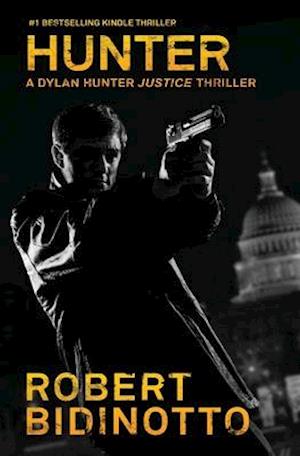 "A masterwork of thrills and suspense." --Gayle Lynds, New York Times bestselling author of The Assassins #1 KINDLE BESTSELLER in "MYSTERIES & THRILLERS" WHO IS HUNTER? WHO IS PREY? WHO WILL SURVIVE? Award-winning true-crime author Robert Bidinotto makes his stunning fiction debut with a gripping thriller that has earned more than 460 "5-star" rave reviews from readers. Two people, passionately in love. But each hides a deadly secret. He is a crusading vigilante, on a violent quest for justice. She is tracking this unknown assassin, sworn to stop him. Neither realizes the truth about the other. And neither knows that a terrifying predator is hunting them both.... #1 AUDIBLE BESTSELLER in "ESPIONAGE THRILLERS" From its first gripping pages, HUNTER takes you on a nonstop thrill ride: from the top floor of the CIA, to the marbled corridors of Capitol Hill...from the posh hotels of downtown Washington, to the city's mean, violent streets. It introduces a colorful new hero for our time -- and a dazzling heroine every bit his equal. #1 KINDLE BESTSELLER in "ROMANTIC SUSPENSE" A spy mystery...a crime thriller...a passionate romance: HUNTER is a genre-bending novel unlike any you've read. Deviously plotted, filled with vivid characters, and propelled at a breakneck pace, it's a tale as memorable for its provocative ideas as for a rousing climax that has readers cheering. A WALL STREET JOURNAL "TOP 10 FICTION EBOOK" If you enjoy the thrillers of Lee Child, Stephen Hunter, Brad Thor, and Vince Flynn, you'll love HUNTER. "From the first sentence, you'll be riveted by the explosive journey of HUNTER into Washington, DC's, court rooms, back rooms, and bedrooms. Dylan Hunter, the fascinating eponymous hero, lays bare the dark underbelly of society, wrestles with good versus evil, and pushes the limits of the law. You'll meet cops and criminals, spies and the untouchably wealthy. With the cold eye of a reporter and the heart of an artist, author Robert Bidinotto has crafted a masterwork of thrills and suspense." --Gayle Lynds, New York Times bestselling author of The Assassins "One of the best vigilante thrillers since Clancy's Without Remorse... HUNTER delivers in a way few thrillers do. From the opening kill shot to the climactic showdown, HUNTER strikes home with the power and pinpoint accuracy of a Barrett M99. A fantastic debut thriller... A solid five stars." --Stephen England, author, Pandora's Grave, Day of Reckoning ..".a terrifically paced suspense novel with a killer premise... If you're a fan of Lee Child's Jack Reacher series, I suspect you'll like HUNTER." --Randy Ingermanson, author, Writing Fiction for Dummies "Please order a copy of Robert's new thriller HUNTER if you want something that will keep you up at night turning pages." --Neil Russell, author, City of War, Beverly Hills Is Burning "A joy...one of the great romances... Even the lesser characters are vividly realized and] memorably etched with a few deft strokes. Bidinotto seems incapable of creating a cardboard figure... I demand a sequel. I want to return to the exhilarating moral atmosphere of Bidinotto's story." --Roger Donway, "The Atlasphere" ..".pulse-pounding action, kick-ass characters, and a touch of romance... Bidinotto's technique is near flawless... O]n the same level as authors Tom Clancy, John Grisham, and James Patterson." --Allizabeth Collins, "The Paperback Pursuer" "Strong conflicts, romance, action, and characters you care about. I especially loved the concluding paragraph, and you will too. Buy it." --Larry Abrams, author, The Philosophical Practitioner And don't miss the exciting Dylan Hunter sequel, BAD DEEDS