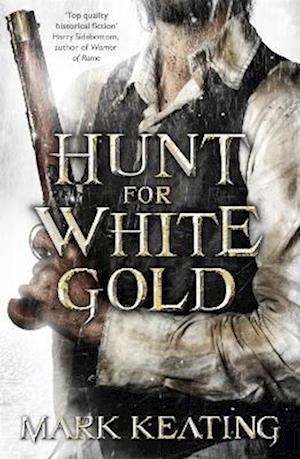 Made in China and imported by the East India Company for the kings, queens and rising middle classes of Europe, porcelain has become the most valuable commodity in the West. They call it white gold.The secret method of its manufacture would make a millionarie of the man who discovered it or a great power of the nation which held it.And now that closely-guarded formula has been smuggled out of China in a letter which half the world is chasing - including servant-turned-pirate Patrick Devlin.To find the letter and secure the release of his kidnapped friend Peter Sam, Devlin must sail to the island of New Providence and a confrontation with his former master Captain John Coxon - not to mention Edward 'Blackbeard' Teach, a man with a fearsome reputatlin, a deep grudge, and a long memory.