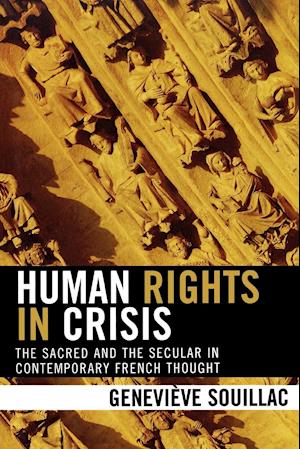 In the past ten years, the debate over the crisis in human rights has been waged within academic literature from political science, international relations, and legal and political philosophy. Human Rights in Crisis uniquely documents recent ideas on democracy and human rights in the current French intellectual, social, and political context, arguing that the French emphasis on the interdependence between democracy and human rights as a tool for the critique and renewal of democracy is a valid contribution to the global debate on the political philosophy and the ethics of human rights. Centering on the work of four prominent, contemporary French political philosophers, Blandine Kriegel, Marcel Gauchet, Luc Ferry, and Etienne Balibar, Genevieve Souillac expertly examines the themes of contestation and reform that are the driving force in the French approach to democracy and human rights. Highlighting the important and unique nature of the French public and intellectual debate on human rights and democracy, this book reveals alternative and complementary perspectives to current Anglo-American political theory. Human Rights in Crisis brings an important contribution to contemporary debates on the genealogy of human rights, providing essential reading for political theorists, law professors, and history scholars.