Human Rights Between Ideality and Reality - A Brief Discussion 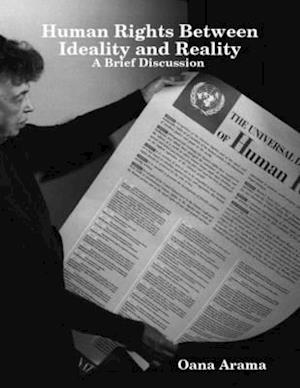 This book discusses the significant discrepancy between the ideal set up by the Universal Declaration of Human Rights (hereafter UDHR) and the real impact it has in shaping the world. When the UDHR was adopted, the world received a document of hope, a set of living standards that should be enjoyed by all human beings. After so many decades of wars and conflict, poverty and inequalities, the Declaration came as proof that the world has something in common over all those inequalities: a set of human rights that makes all human beings equal. However, the Declaration did not overcome all inequalities and even after more than 66 years since its adoption there are so many people who are not protected by the Declaration. Cultural relativism, the lack of resources which is linked with extreme poverty all over the world, the fact that some parts of the world see this document as a 'Western creation' so another form of imperialism are only some reasons why the universality of human rights is not (yet) possible.