Human Nature in an Age of Biotechnology

indgår i serie Philosophy of Engineering and Technology 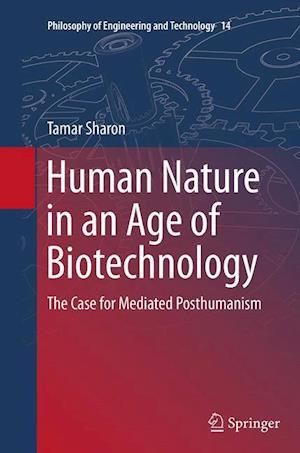 New biotechnologies have propelled the question of what it means to be human - or posthuman - to the forefront of societal and scientific consideration. This volume provides an accessible, critical overview of the main approaches in the debate on posthumanism, and argues that they do not adequately address the question of what it means to be human in an age of biotechnology. Not because they belong to rival political camps, but because they are grounded in a humanist ontology that presupposes a radical separation between human subjects and technological objects.The volume offers a comprehensive mapping of posthumanist discourse divided into four broad approaches-two humanist-based approaches: dystopic and liberal posthumanism, and two non-humanist approaches: radical and methodological posthumanism. The author compares and contrasts these models via an exploration of key issues, from human enhancement, to eugenics, to new configurations of biopower, questioning what role technology plays in defining the boundaries of the human, the subject and nature for each. Building on the contributions and limitations of radical and methodological posthumanism, the author develops a novel perspective, mediated posthumanism, that brings together insights in the philosophy of technology, the sociology of biomedicine, and Michel Foucault's work on ethical subject constitution. In this framework, technology is neither a neutral tool nor a force that alienates humanity from itself, but something that is always already part of the experience of being human, and subjectivity is viewed as an emergent property that is constantly being shaped and transformed by its engagements with biotechnologies. Mediated posthumanism becomes a tool for identifying novel ethical modes of human experience that are richer and more multifaceted than current posthumanist perspectives allow for.The book will be essential reading for students and scholars working on ethics and technology, philosophy of technology, poststructuralism, technology and the body, and medical ethics.