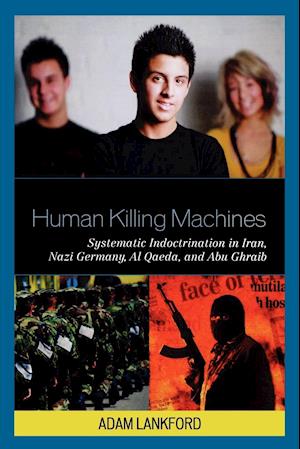 They usually start out as ordinary people, doing their best to deal with mixed messages in a complex world. What they donOt realize is that they may be the target of a violent system that is building an obedient workforce. One day theyOre enjoying a few laughs with buddies, and seemingly the next day, they wake up as human killing machines. And they allowed it to happen. Addressing one of the most serious threats to the world today, Human Killing Machines applies the model of systematic indoctrination to case studies of brutality in Iran, Nazi Germany, Al Qaeda, and Abu Ghraib. The book reveals how these transformations take place_how systems redefine morality to turn ordinary people into torturers, terrorists, and genocidal killers. Analyzing the key differences between these cases also helps to identify the safeguards which limit violence. Lankford demonstrates the weaknesses of indoctrination, the ways heroic individuals have resisted its influence, and the potential for countermeasures. Based on these examples, he offers recommendations for how we can begin to reform the U.S. military and increase its accountability, reduce Al Qaeda terroristsO commitment to their missions, and spark an awakening in Iran so that the oppressive regime goes out with a whimper_not with a bang.