indgår i serie The Springer Series on Human Exceptionality 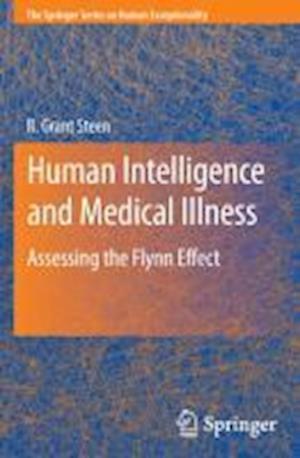 As critics will note, psychometric tests are deeply flawed. Person-to-person differences in performance on a psychometric test are not informative about many things of great interest. An intelligence quotient (IQ) cannot characterize creativity or w- dom or artistic ability or other forms of specialized knowledge. An IQ test is simply an effort to assess an aptitude for success in the modern world, and individual scores do a mediocre job of predicting individual successes. In the early days of psychology, tests of intelligence were cobbled together with little thought as to validity; instead, the socially powerful sought to validate their power and the prominent to rationalize their success. In recent years, we have ob- ated many of the objections to IQ that were so forcefully noted by Stephen Jay Gould in The Mismeasure of Man. Nevertheless, IQ tests are still flawed and those flaws are hereby acknowledged in principle. Yet, in the analysis that follows, individual IQ test scores are not used; rather, average IQ scores are employed. In many cases - though not all - an average IQ is calculated from a truly enormous sample of people. The most common circ- stance for such large-scale IQ testing is an effort to systematically sample all men of a certain age, to assess their suitability for service in the military. Yet, it is useful and prudent to retain some degree of skepticism about the ability of IQ tests to measure individual aptitudes.