indgår i serie Space and Society 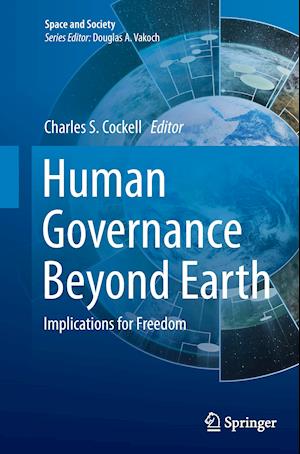 This book extends the discussion of the nature of freedom and what it means for a human to be free. This question has occupied the minds of thinkers since the Enlightenment. However, without exception, every one of these discussions has focused on the character of liberty on Earth.In this volume the authors explore how people are likely to be governed in space and how that will affect what sort of liberty they experience. Who will control oxygen? How will people maximise freedom of movement in a lethal environment? What sort of political and economic systems can be created in places that will be inherently isolated? These are just a few of the major questions that bear on the topic of extra-terrestrial liberty. During the last forty years an increasing number of nations have developed the capability of launching people into space. The USA, Europe, Russia, China and soon India have human space exploration programs. These developments raise the fundamental question of how are humans to be governed in space.This book follows from a previous volume published in this series which looked at the Meaning of Liberty Beyond the Earth and explored what sort of freedoms could exist in space in a very general way. This new volume focuses on systems of governance and how they will influence which of these sorts of freedoms will become dominant in extra-terrestrial society. The book targets a wide readership covers many groups including:Space policy makers interested in understanding how societies will develop in space and what the policy implications might be for space organisations.Space engineers interested in understanding how social developments in space might influence the way in which infrastructure and space settlements should be designed.Space scientists interested in how scientific developments might influence the social structures of settlements beyond the Earth.Social scientists (political philosophers, ethicists etc) interested in understanding how societies will develop in the future.