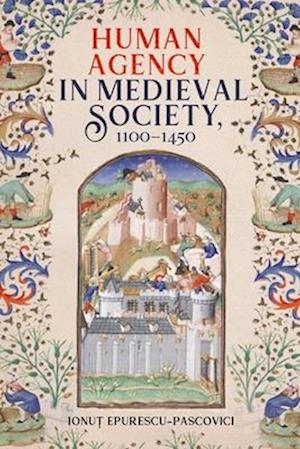 "Of fundamental importance for any discipline dealing with past societies and cultures. One of the most wide-ranging, sophisticated and imaginative books on medieval history that I have read in a very long time. The way in which the author defines, traces and analyses agency is stunningly original. It will make an immensely important contribution to our understanding of high and late medieval Europe". Professor Bjoern Weiler, University of Aberystwyth. What did it mean to be an autonomous agent in European medieval society? This book aims to answer that fundamental question, via an examination of a mosaic of case studies drawn from the literate urban middle strata and the lower and middle-rank aristocracy. The social imaginary that informs individual conduct, the patterns of strategic action, and the individuals' sense of effectiveness in the world are reconstructed from "ego-documents", a broad category that includes first-person charters, autobiographical insertions in chronicles, private registers, and memoirs. These range from the better-known, such as the Menagier de Paris and the histories of Galbert of Bruges and Salimbene of Parma, to the equally fascinating but more seldom explored French livres de raison and Italian ricordanze. The book's larger aim is to historicise the autonomous moral agent. Neither belief in divine intervention nor feudal relations inhibited individuals' social agency. The emphasis on hierarchy and order in medieval normative texts is shown in a different light, as part of the effort to restrain social subalterns, whose potential for agency caused anxiety. Whereas power is often structural, an effect of institutions which, however, were only just developing, the book argues that agency is a more apposite construct for capturing the salient medieval concerns with the possibilities and effects of individual and collective action.

Forfattere
Bibliotekernes beskrivelse Argues the case for the individual as autonomous moral agent in the later Middle Ages.