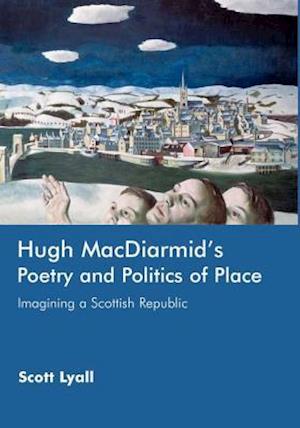 The only book on Hugh MacDiarmid currently in print, this study gives unique focus to the politics of one of modern Scotland's major cultural figures. By examining at length for the first time those places in Scotland that inspired MacDiarmid to produce his best poetry, it shows how the poet's politics evolved from his interaction with the nation, exploring how MacDiarmid discovered a hidden tradition of radical Scottish Republicanism through which he sought to imagine a new Scottish future. Adapting postcolonial theory, this book allows readers a fuller understanding not only of MacDiarmid's poetry and politics, but also of international modernism, and the social history of Scottish modernism. Key features * The first full length study to focus on MacDiarmid's politics * Analyses recently available government files from the National Archives showing that MacDiarmid was watched by the Security Services from 1931 to 1943.This has never appeared before in any book * Draws uniquely on Carcanet's multi-volume MacDiarmid 2000 series * The first critical book to use the 'Red Scotland' typescript in the National Library of Scotland and have access to the recently rediscovered poems collected as The Revolutionary Art of the Future (2003).