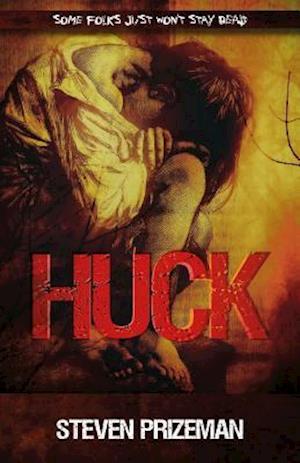 "It was when Joe come back from the dead our troubles begun, I reckon. Things was none too cheery 'fore then, of course, what with us thinking him drownded, Tom and me, but... well, it'd've been better all round if he'd just stayed dead. Them was the fun times, I'll allow, when I think what come later..."

Two boys hide in a graveyard at midnight so that when devils come to claim the soul of a man buried the previous day they can fling a dead cat at them, curing one of the boys of his warts. Such, strange to recall, was the incident that set in train the central narrative of Mark Twain's classic novels of childhood in the West of the 1840s, The Adventures of Tom Sawyer and Adventures of Huckleberry Finn.

"The odd superstitions touched upon were all prevalent among children and slaves," explained Twain in his preface to Tom Sawyer. But what if all those superstitions were true?

Huck takes the principal characters of Tom Sawyer and Huckleberry Finn and sets their lives in motion once more - this time in an enchanted Missouri where being barked at by a stray dog or serenaded by a whippoorwill really is a sure sign that you will die, where hair-balls from ox stomachs are powerful amulets that foretell the future, where touching a snakeskin or looking at the moon over your left shoulder will bring down bad luck, and where every wind that stirs the trees and mist that clouds the Mississippi is thick with the voices of ghosts.

This time round, when a nighttime rafting trip ends in disaster for Huck and Tom, it is just the first in a series of catastrophic mishaps and terrible tragedies. From vengeful revenants and elemental spirits to bloodthirsty bandits, lynch mobs and witchcraft, Huck and Tom must overcome a host of human and demonic opponents as they fight to save their lives - and souls.