- War of the Servers 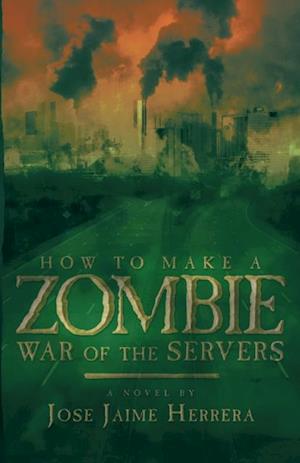 It has been two years since a calamity brought planet Ad Drins empire to ashes under a shower of lime-green stew. Now all that remains is mutated wastelands, anarchy, and bands of survivors who can do nothing but helplessly watch as Ad Drin slowly dies. Nineteen-year-old Hera Kila Ka has made it his mission to warn others of the impending doom. As he attempts to convince the people to escape to the safety of the T' nian Isles before the tendrils from another lime-green cloud hit the ground, he encounters seventeen-year-old Star Cassidy, who begs him to lead her away from danger. With their city now destroyed, Hera takes it upon himself to protect Star. They begin a journey across the land in which they must battle mutant life forms intent on doing everything in their power to destroy not only them, but the rest of the galaxy. Now that the pair face a life-and-death struggle, things only become more complicated when Hera realizes he feels more for Star than he ever imagined. In a post-apocalyptic future world, chaos reigns as two unlikely partners race against time and determined enemies in order to save themselves and their world from annihilation.