How to Deal with 21st Century American Women 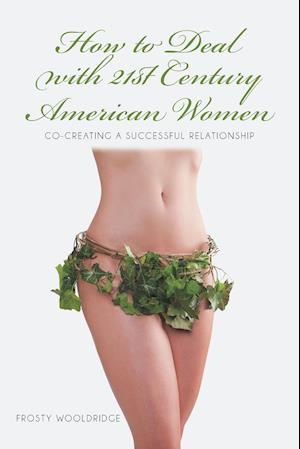 How to Deal with 21st Century American Women teaches men from all walks of life how to understand and adapt to the evolving male-female paradigm shift occurring at every level of American society. Today, women run companies, become school principles, military generals, police chiefs, corporation CEOs and dozens of other power positions where they make more money and give orders to male employees. It's no longer exclusively "a man's world." Women compete for the highest job slots at colleges, governorships of states, Ph.D. programs and athletic money in professional sports. Where men once drove the car for dates, women demand equality in the work, family and social realm. Men need to slide over and share the driving with women. This enormous emotional, social and sexual shift in the Western world creates a new male-female relationship dynamic. This shift proves the first of its kind in human history. The new dynamic also creates incredible confusion, frustration and exasperation. Along the way, women want men to be men. They want a good man to marry and raise a family. But early in the 21st century, half of all marriages end in divorce. Male domestic violence continues at distressing levels. Weekend fathers explode on the emotional landscape. Children suffer the loss of structure, a balanced family unit and a sense of belonging. This book enlightens, educates and encourages men to maintain their masculinity while adapting and thriving in the new male-female paradigm of the 21st century. The book presents straight-forward ideas to men on how to deal with a 21st century American woman. This book shows men how to successfully marry the right woman for long-term success. It shows which women to avoid. The book creates new understandings to move men forward in relationships in the 21st century.