How to Catch a Prince 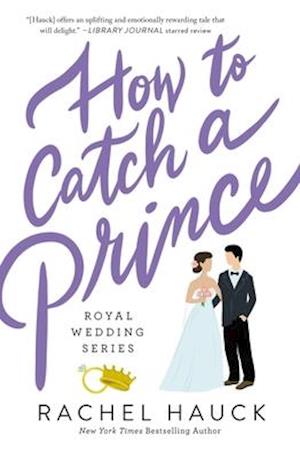 An American heiress and a crown prince thought their secret marriage was annulled years ago-but now they must come face to face with their past. The third volume in the captivating Royal Wedding series from New York Times bestselling author Rachel Hauck!Corina Del Rey is happy with her life in Melbourne, Florida. She spends her days engrossed in her career as a journalist and has her sights set on climbing the corporate ladder, partly to distract herself from her dissolving family.Prince Stephen of Brighton Kingdom came to America to escape responsibility, but what he found complicates his life more than ever. He has tried to move on from his tragic experiences in Afghanistan. Now a star rugby player, he has no intention of looking over his shoulder at what could've been.But when an unexpected notice arrives in the mail requiring his and his wife's appearance before the courts to dissolve their marriage, Prince Stephen is shocked. He thought the secret marriage had been annulled long ago, but his memories of Corina Del Rey remain close. Does he still love her? Can he even find her? Above all, can he tell her the truth about that fateful night in Afghanistan seven years ago? If he does, he might really lose her forever.A modern fairy tale with a twist, Rachel Hauck's How to Catch a Prince is a stunning romance read.Enchanting contemporary romance that can be read on its ownPart of the Royal Wedding series!Book One: Once Upon a PrinceBook Two: Princess Ever AfterBook Three: How to Catch a PrinceBook Four: A Royal Christmas WeddingBook length: 86,000 wordsPraise for How to Catch a Prince:"Hauck writes a feel-good novel that explores the trauma and love of the human heart . . . an example of patience and sacrifice that readers will adore."-RT Book Reviews"Perfect for Valentine's Day, Hauck's latest inspirational romance offers an uplifting and emotionally rewarding tale that will delight her growing fan base."-Library Journal starred review

Forfattere
Bibliotekernes beskrivelse An American heiress and a crown prince seem destined to be together. Will the devastation of war keep them apart forever? 1 Paperback / softback