How to Be Rapture Ready 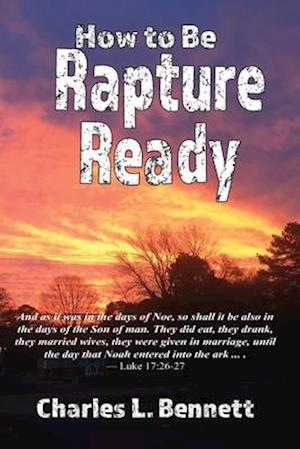 "And as it was in the days of Noe, so shall it be also in the days of the Son of man. They did eat, they drank, they married wives, they were given in marriage, until the day that Noah entered into the ark ..." (Luke 17:26-27). Who was getting married? Fallen angels and human women. The DNA of mankind was being attacked by Satan. The battle of the ages had begun in response to the command of God in Genesis 3:15, that the Seed of the woman would bruise Satan's head.

·      Could it be that, as it was in the days of Noah, the DNA of mankind will once again be attacked, and the Mark of the Beast will be integrated into the bones of humans, changing the DNA of each person, so that they will no longer be 100% human?

·      Is this why all who take the Mark of the Beast will be assigned to Hell?

·      Will the Rapture of the Church be a "poofing" out of here, or could it be the biggest test of your faith?

The answers to these and many other questions, along with deep spiritual insights, are to be found in this book.